The litfest was a wit feast. Not bad looking either, with blue balloons, orange decorations, colorful shamianas. Somak Ghoshal’s article in Mint helped me figure who I should be watching out for and they did not disappoint.

I also looked at speaker profiles for more hints. This post is a collection of my tweets and fellow tweeters helped me keep track of the sessions where I couldn’t be as I didn’t have a clone or two. Day 1 began with rushing at 9 AM to the venue and the reward was no line for the pass 🙂

After suffering through the inevitable opening speeches by everyone and their dogs I made a beeline for the Google Mughal tent where there was a session on The Global Shakespeare. Elif Batuman spoke about how Turkish women put up a production of Hamlet, calling it Hamid! 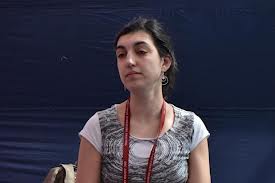 Tim Supple was also good, pointing out how Indian local theatre forms emphasise more on the ancient. In the West the tendency is more to make fairies in Midsummer Night’s Dream punks. So Shakespeare’s ancient parts blend well with Indian theatre traditions. Then I hopped over to the Zoe Heller session where the question answer session had begun.

After some idlis from Garden Cafe to soothe a tummy that had gotten up early, I was ready for more fuel for thought. The afternoon session on The Art of The Short Story saw Yiyun Li make an interesting point- we always talk about show not tell, but we are storytellers…Very true. Storytelling involves craft, otherwise it would be closer to journalism, I guess.

Poet Simon Armitage’s session was ribtickling. His reading of You’re Beautiful was… beautiful and hilarious. His deadpan one liners kept us in splits. Writing a novel is too much like a job, so I’m going to stick to poetry, he said. I agree. Poetry is all about style, so you need to develop your own voice, he also said. I agree with that too. 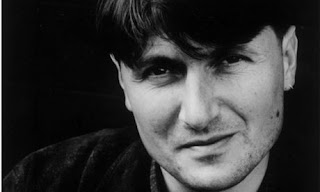 Next up was funny man Howard Jacobson in a session on The Novel of The Future. The standard themes began to emerge- will the digital form kill the novel? 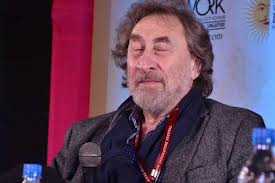 I gave the first session on Day 2 a miss out of consideration for my ears. Laughing, Weeping, Writing saw a lot of laughing certainly. I had wanted to attend a Gary Shteyngart session after seeing his antics on Twitter and he did not disappoint. “I tell my story to a shrink and if he laughs I know I’ve got a good one,” has got to be one of the immortal quips of the festival.

Deborah Moggach pointed out that a novel is a noun, a film a verb- a succint way of getting the difference between the two across. Manu Joseph read a funny excerpt from his novel, which ended with a school kid writing Sita is the opposite of Ram 🙂

A quick shopping trip to nearby Bapubazar for Jaipuri bedcovers to satisfy my friends visiting from Delhi and a bite at Anokhi- we were back. Shabana Azmi’s session was packed, as expected so entry had stopped. I did stumble on a book launch by her, Javed Akhtar and Prasoon Joshi after that, which led me to discover Amit Khanna’s Anant Raag, which seems promising poetry.

Ariel Dorfman and Santiago Roncagliolo put up a rollicking session on Latin America. Very magic realist. How to Read Donald Duck by Dorfman is now on my reading list.

The Jewish Novel with my favorites Gary Shteyngart and Howard Jacobson followed. Their banter had us rolling in the aisles. Howard Jacobson pointed out that you can only be funny if your life is tragic, hinting at schadenfreude, to my mind.

My stomach finally collapsed so I had to give Day 3 a miss. I tried to catch the webcast but the slow net at home and the iffy webcast ensured that I depended on twitter.

I only went for the Michael Sandel session on Day 4. Is sexual violence linked to sectarian violence? A thought provoking question, but there were no easy answers from the audience.

So I was hungry for thought bytes on the last day, after my near two day drought. Howard Jacobson was funny as usual. The line for getting books signed by him was by now a mile long- guess people who heard him on the first few days were impatient for a keepsake.

Wade Davis then speculated on whether Mallory did reach the summit of Everest. He didn’t think so, as Mallory didn’t carry the required equipment. A long shot- if snow had helped create a slope on the second ridge he could have climbed the mountain…

Sebastian Faulks quipped that journalists were taxonomists, always wanted to pigeonhole everything…not far wrong, mesays. He felt that highlight one man’s reaction to a woman walking in a room would be more impactful than just saying the room took a collective breath when she walked in. Makes sense. His inspiration was France, not England. Such a different culture, just a few miles away. It’s interesting how the exotic can inspire you to write, although many say one should write on what one knows. Supriya Nair’s mouthwatering boots set off Sebastian Faulks’s suit nicely, leading me to tweet What suits are to men, boots are to women 🙂

Volunteers bagged front row seats for Sharmila Tagore for the closing debate. After the lengthy thank you speech, there was a cursory debate. Nathulal’s deafening drum rolls would drown out loquacious speakers promptly. 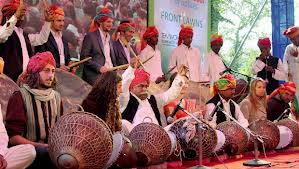 Frank Savage was so scared of overshooting his four minutes he ended early. Michael Sandel spoke well, saying that altruism was like a muscle, which would strengthen with use.

These five days were the only Test match I’ve attended. I hope to be back next year from January 17-20, when Margaret Atwood, Amartya Sen, Yaan Martell, Mark Haddon, Umberto Eco and other yummy writers will be here. Otherwise, I’ll just catch the videos, I guess. But Walter Benjamin’s Art in the Age of Mechanical Reproduction applies to litfests too- the pain of attending the live session makes it seem worth it 🙂

So am glad to have discovered some fine new writers and while I get around to reading their work, some of them are on twitter..@bananakarenina’s intriguing handle (Elif) lived up to her promise in the sessions. When she tweeted that she would miss India, I replied that we’d miss her too. She’s favorited my tweet, so I think visiting writers have fallen in love with Jaipur and the other way round : )